A Royal Peculiar is a church that belongs directly to the monarch and not to any diocese, and does not come under the jurisdiction of a bishop. The concept originated in Anglo-Saxon times and developed as a result of the relationship between the Norman and Plantagenet Kings and the English Church. Henry VIII retained Royal Peculiars following the Reformation; the Ecclesiastical Licences Act of 1533, as confirmed by the Act of Supremacy of 1559, transferred to the Sovereign the jurisdiction which had previously been exercised by the Pope.

There are a number of Royal Peculiars of which Westminster Abbey (the Collegiate Church of St Peter, Westminster) and St George’s Chapel, Windsor (the Queen’s Free Chapel of St George in Windsor Castle) are the best known. Others include the Chapels Royal at Hampton Court and St James Palace, the Queen’s Chapel of the Savoy, the Chapels of St Peter ad Vincula and St John the Evangelist in the Tower of London and the Royal Foundation of St Katharine.

One of the few outside London is Cawood’s village church.

Cawood Community Caring is a voluntary group who offer befriending/buddy up services, can do your shopping or pick up your prescriptions. If you need their support please contact Pat Osborne – 07938 481670 or Jude Green – 07521 034905 Alternatively you can email them at

Launched in 2018 to wide public acclaim. Musicians and a host of talented creatives get together over August Bank Holiday weekend across several local venues to entertain and raise money for local charities.  https://cawoodstock.org/ 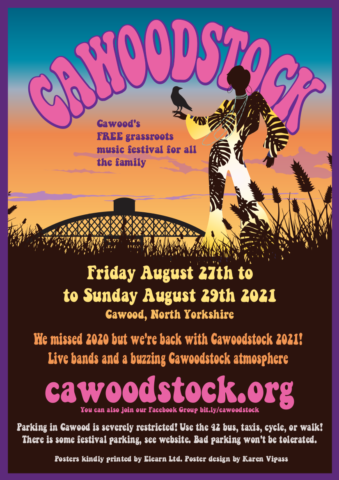 Cawood Castle Garth Group are a group who research the history and ecology of the village. http://www.cawoodheritage.org.uk/wordpress/
Contact:
Margaret Brearley
margaretbrearley@hotmail.com 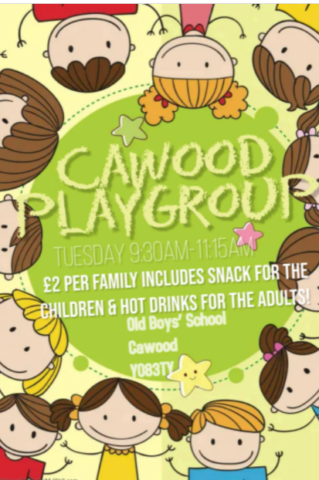 The Parish Council, sports clubs and Allotment Society form this committee. Three Wardens oversee the area and the Parish Council awards grants for upkeep, maintenance and insurances. Businesses planning on  running outdoor sessions for children or adults at the Playing Fields please contact Chair and Warden Ron Wharmby on 01757 268811  ronwharmby@gmail.com

Meeting day and time: 2nd Thursday of the month at 7.45pm