The village commemorated the Centenary of the end of the First World War.

The Parish Council were honoured to have provided, on behalf of our village, 2 defibrillators dedicated to the fallen, the wounded and their families who sacrificed their present for our future to safeguard lives in their name.

We are also proud to have given a plaque, now housed at All Saints, acknowledging 10 local servicemen whose names were not on the original memorial. Our thanks to Margaret Brearley for her research and to the Ecclesiastical Faculty for granting permission for its inclusion.

Many local individuals and organisations came together making poppies for the Centenary weekend and events at church were held.

Following a Remembrance Day service & wreath laying in the morning, our beacon was lit as part of a nationwide tribute, commencing at 6:50p.m.  where we joined together as a community to pay its respects to a lost generation.

In remembrance of the millions killed or wounded, and commemorating those on the home front who underpinned the war effort, the beacon symbolised the light of hope & peace that emerged from the darkness of those years.

The outbreak of the Second World War 80 years ago, Sept. 3rd 1939, was commemorated by an exhibition hosted by All Saints Church which was curated by Rebecca Shelbourn. 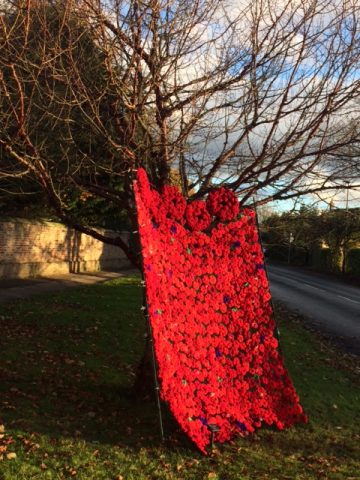 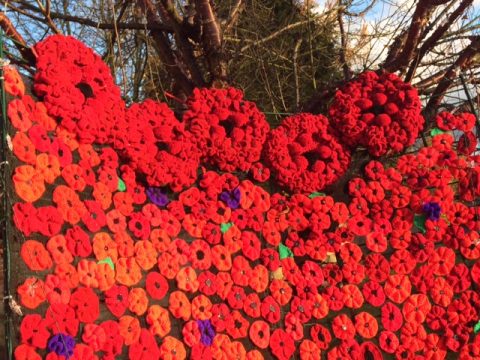 hand made with love 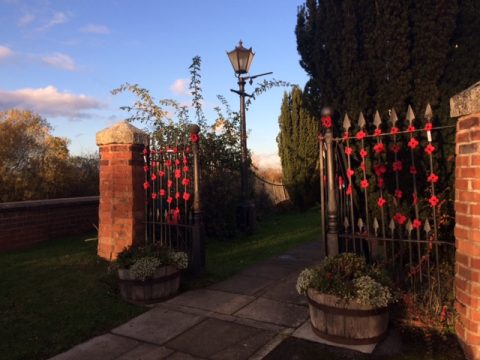 poppies welcome: inside are plaques with names of the fallen 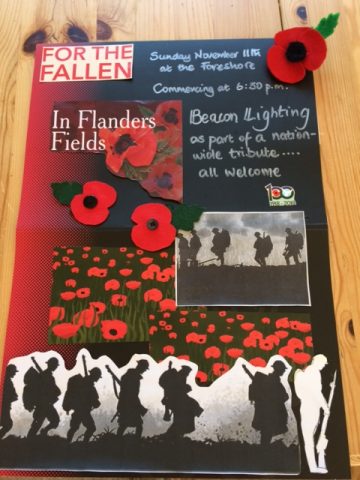 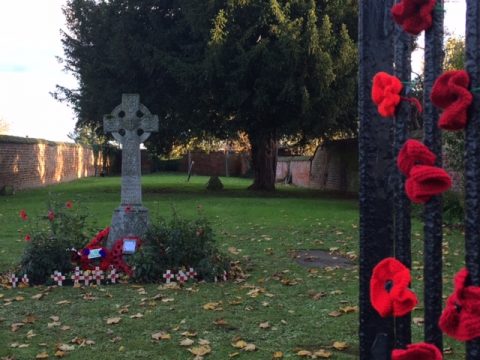 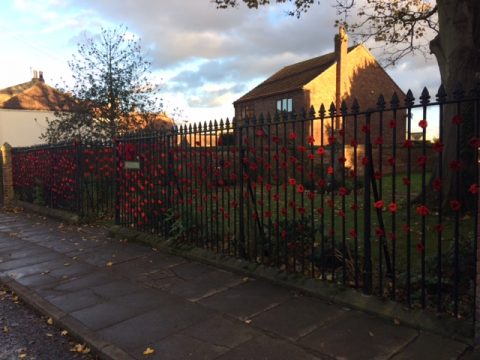 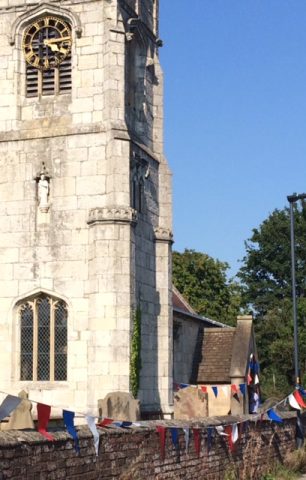 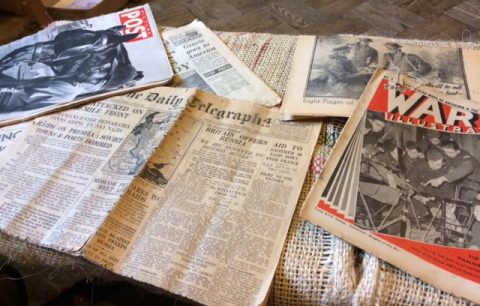 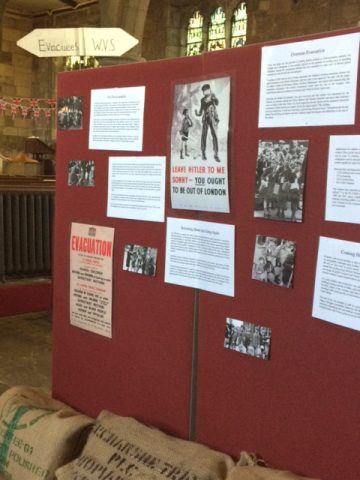 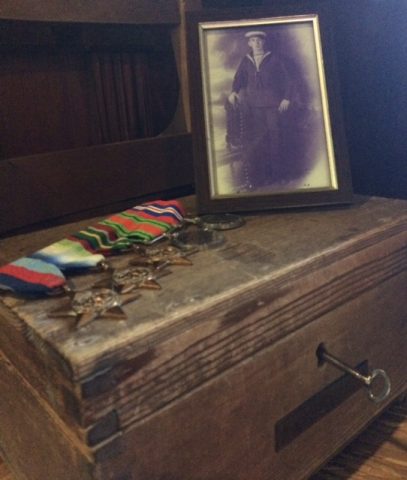 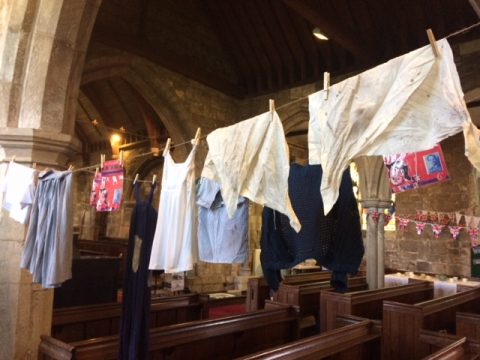 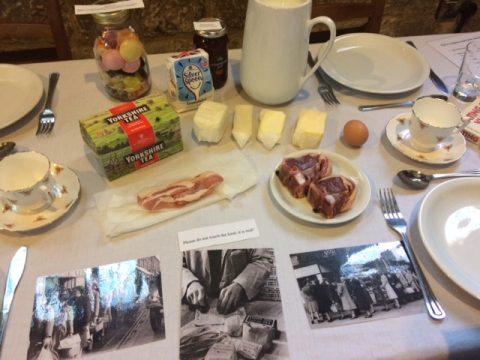 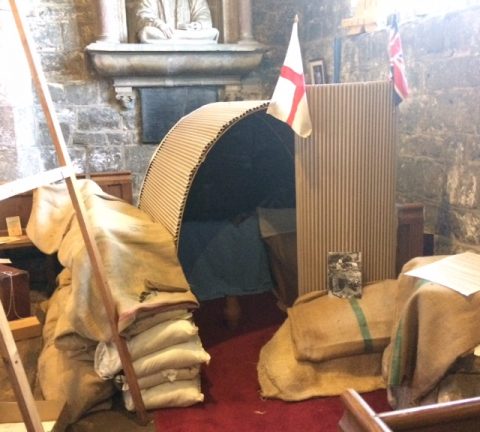 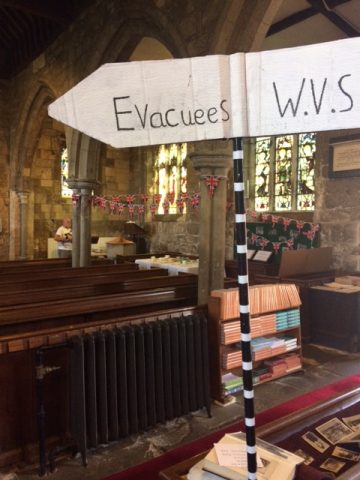 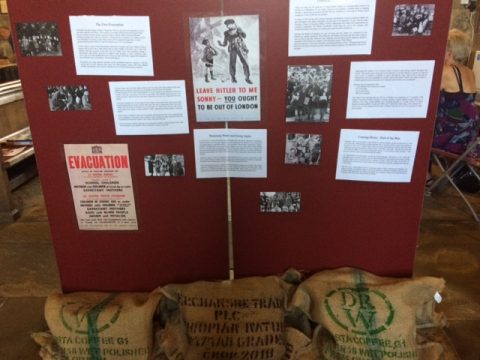 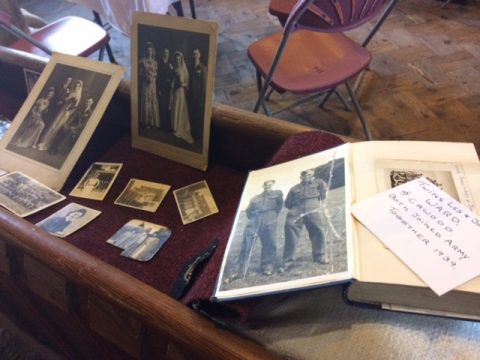 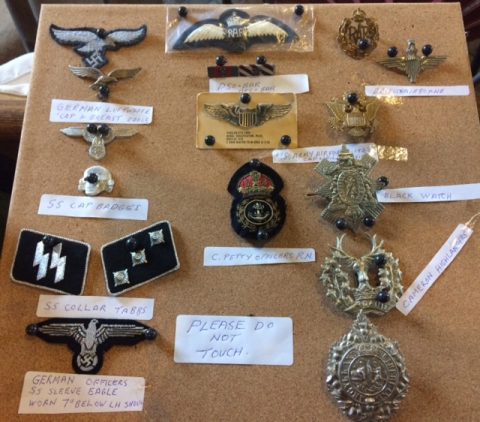 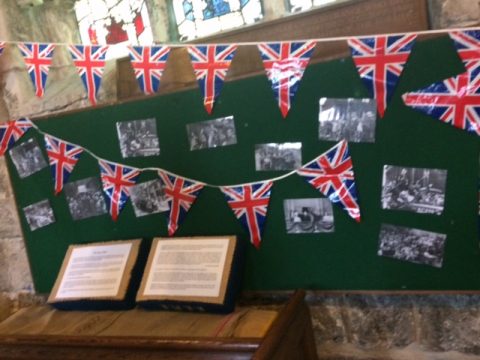 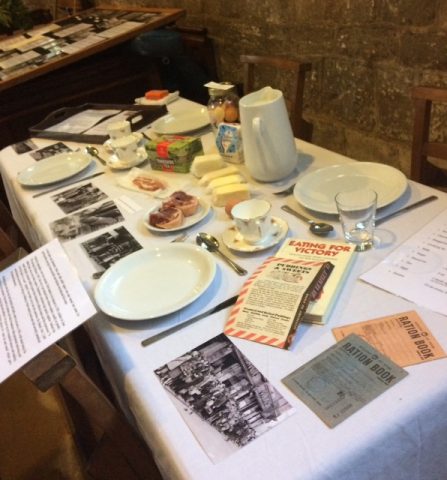 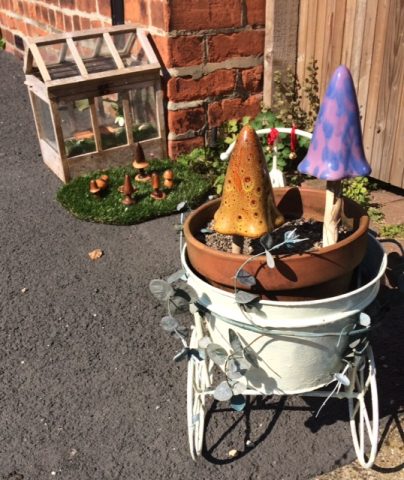