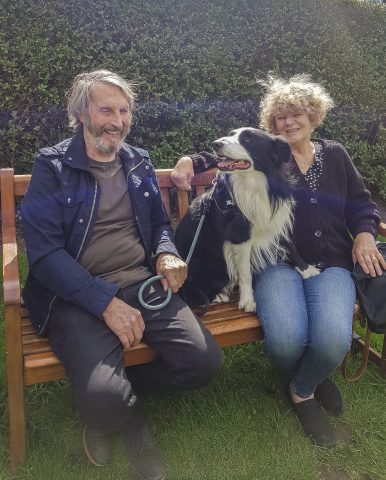 Cawood’s parish clerk, Robina Burton, pictured with her husband, Cliff and their
dog, Max, is saying goodbye after 30 years. Robina, who has three children,
Emma, Peter and Pippa and three grandchildren, Ivy, Harry and Naomi, lives away
from the village, but feels part of the community that she has served for the past
three decades.

She has worked with 11 chairmen and numerous councillors who called on her for
help with village projects and administration. She’s typed up hundreds of
thousands of words and in the early days as clerk Robina produced minutes and
other important documents using an old typewriter and carbon paper to create
many copies. She would then deliver them to councillors throughout the village in
time for the monthly meetings. Alongside these regular council gatherings Robina
attended site meetings within the village with the local MP, footpath officers,
planning officers and tree experts and North Yorkshire CC to discuss new
proposals and matters of concern.

Working with representatives of different organisations Robina built up friends and
contacts along the way. She is well known to many people in Cawood who have
met her over the years and villagers will have not realised what she’s done for the
village during her time as clerk.

Robina has witnessed Cawood evolve over her 30 years of service and sees the
village as a lovely place. Robina involved herself in village life outside her role of
clerk. She enjoyed quizzes at the village’s three pubs and the annual fireworks
display and New Year’s Day parish walk are always events to look forward to. She
helped at the annual Cawood Craft Festival and is sad over its demise.
Robina has enjoyed her job as Clerk of the Parish Council and has always felt at
home in Cawood but after 30 years she feels it’s time to say goodbye.

Cawood would like to say a huge thank you to Robina for her 30 years and please don’t be
a stranger.

With money collected, Robina was presented with a new laptop, as a token of thanks for all she has done on behalf of the village, as well as a bouquet of flowers and a celebratory cake. 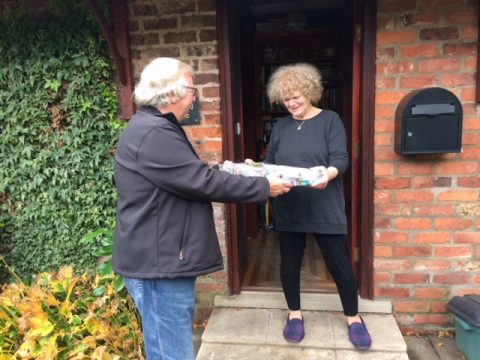 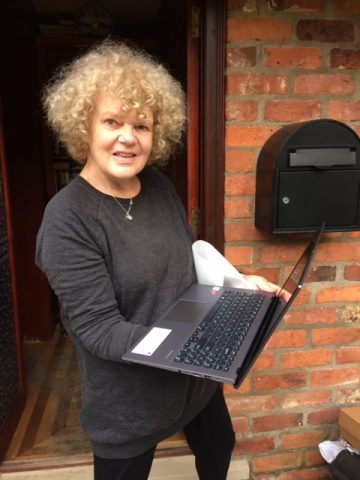 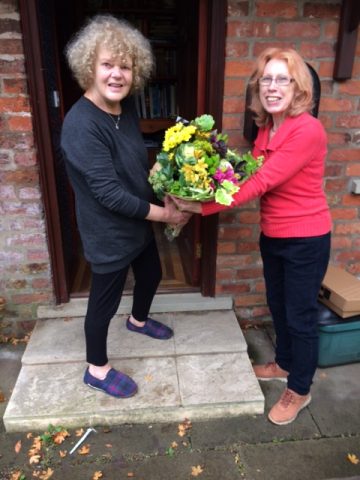 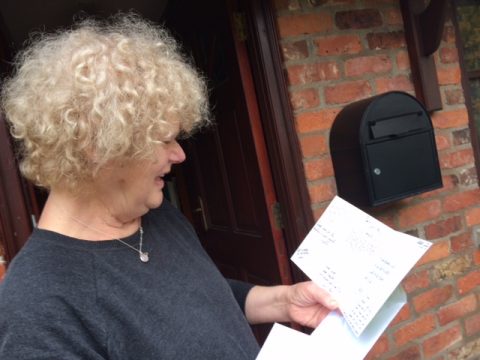